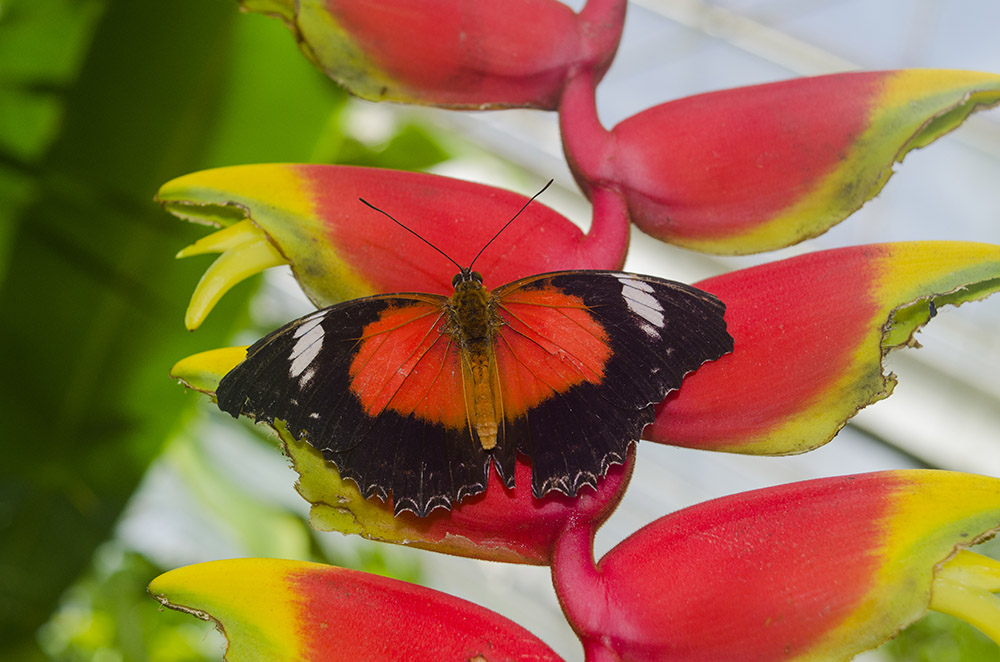 What are the differences between butterflies and moths?

Although both of these fluttering insects come under the classification Lepidoptera, they possess many differences that classify them as a butterfly or a moth.

Spotted a flying beauty and not sure whether it’s a butterfly or a moth?

These 8 differences between butterflies and moths will have you classifying that critter in no time!

1.Their Wings When Resting

Butterflies are active during the day (diurnal), whereas moths are active at night (nocturnal).

If you look closely at the antennae of both moths and butterflies, you will notice that they are very different shapes. Moth antennae tend to be leaf or feather shape. Butterfly antennae tend to be long, bare and eject from the head in a club shape. They also have  a bulb at the end. Although this is normally the case, there are some moths that have slender antennae rather than feathered, such as the Zodiac Moth, however the antennae on these moths tend to be straight rather than curved.

Moths have a frenulum, which is a wing coupling device that ensures the wings travel together during flight. Butterflies do not have this.

In the metamorphism from caterpillar to butterfly, caterpillars spin a pupa consisting of hardened protein. On the other hand, moth caterpillars form a silk pupa, which is known as a cocoon.

Despite this being a generalised rule, there are some exceptions. Prime examples include Gypsy Moths form a pupae that resembles that of a butterfly and the Parnassius Butterfly, which makes a cocoon. 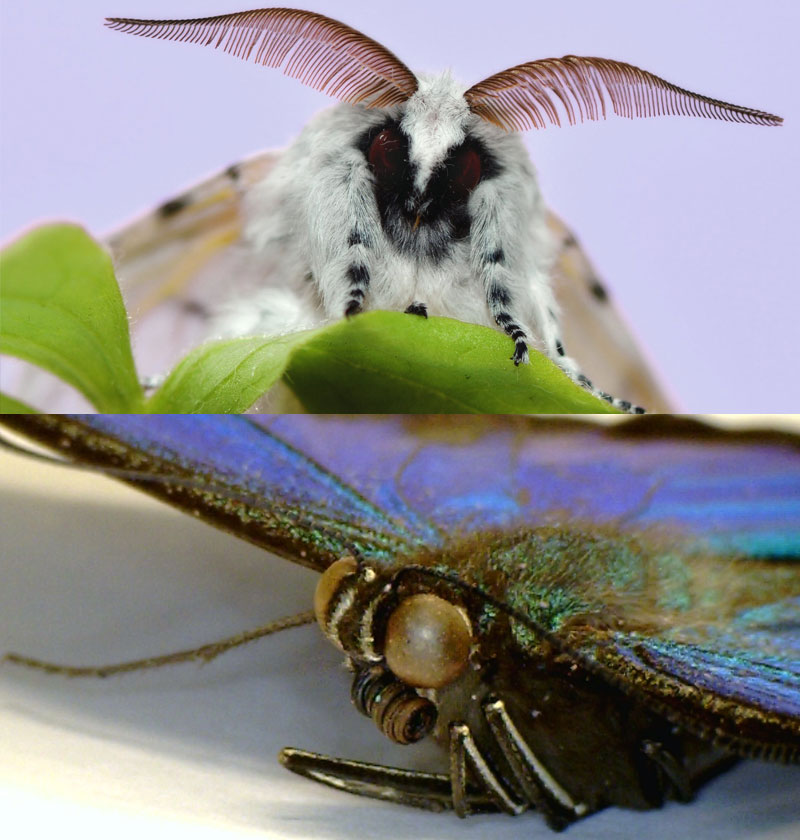 Widely speaking, moths tend to be stockier and have furry bodies, whereas butterflies are smooth and lean. This difference in appearance is due to scale size; butterflies possess far smaller scales.

As moths are nocturnal and butterflies are diurnal, it makes sense that the two species would adapt to have different eyes to suit their light conditions. In general, moths have superposition eyes, which reflect light at the same angle that they take it in. This type of eye creates images up to 1000 times brighter than acquisition eyes, but sacrifices image quality. On the other hand, butterflies have apposition eyes, which work by gathering multiple images and combining them in the brain.

In general, moths tend to be duller and less vibrant in colour, with less intricate and striking patterns. Although this is a generalised rule, some moths, such as the Madagascan Sunset Moth are incredibly colourful and striking,

Discover and learn about a number of butterflies and moths at the Australian Butterfly Sanctuary. Book here.